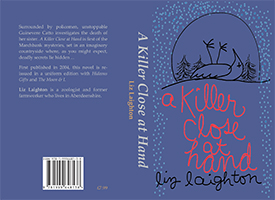 Surrounded by policemen, unstoppable Guinevere Catto investigates the death of her sister. The first of the Marchbank mysteries, set in an imaginary countryside where, as you might expect, deadly secrets lie hidden … 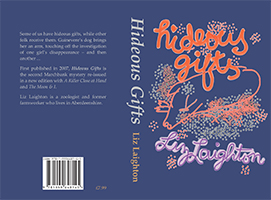 Some of us have hideous gifts, while other folk receive them. Guinevere’s dog brings her an arm, touching off the investigation of one girl’s disappearance – and then another …

First published in 2007, this is the second Marchbank mystery re-issued in a new edition with           A Killer Close at Hand and The Moon & I. 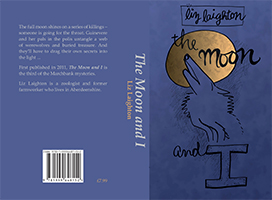 The full moon shines on a series of killings – someone is going for the throat. Guinevere and her pals in the polis untangle a web of werewolves and buried treasure. And they’ll have to drag their own secrets into the light …

First published in 2011, this is the third of the Marchbank mysteries. 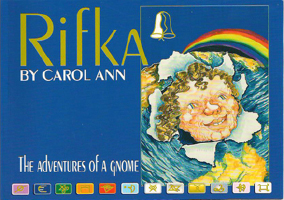 Rifka is the story of an impish, fun loving gnome, who comes out of the ground to find himself beneath Uluru, the sacred ‘Red Rock’ of the Australian Aborigines, in the heart of Australia. He befriends a young girl called Carol and an Aboriginal elder; and tells them of his travels through the underground tunnels across the world, many of which are now blocked, and his quest to repair them. Carol is searching for the magical Rainbow Serpent, which it turns out is the key to unblocking the tunnels and allowing the Earth’s energies to flow freely again.

The story is a very magical one written for children of 5 to 9 years old; although ‘children’ of all ages have been known to enjoy it. There are 12 chapters, each of which is a little story on its own, making it just right for any time of day including bedtime.

This high quality publication is illustrated with full-colour pictures painted by the school children of Alton in Hampshire.

‘Journey with the author as she follows the clue ‘Shambhalla, Gobi Desert’; to explore sacred landscapes, remote forgotten monasteries and fabled lost cities in Mongolia, ‘The Land of Blue Skies’. With the aid of a driver, guide and a Russian-made ‘Forgon’ van for transport, they spend a month travelling across vast expanses of rolling steppe, high glacial mountains, impenetrable forests and deep, crystal lakes in the north; and the Gobi Desert in the south that stretches to the horizon, seemingly empty save for deep canyons and sweeping sand dunes. Join her as she stays in remote Ger camps, socialises with Nomads and experiences the vagaries of travelling in this vast landscape; with the elements at times seeming to conspire against them. Will she find the Shambhalla of legend; or the location of the fabled ‘City of Serpents’, with its shimmering, golden palace and magical fortress surrounded and protected by a ring of etheric dragons? This is an insightful tale of synchronicity, intuition and spiritual dowsing; combined with practical travel advice that will delight both the experienced traveller and the armchair voyager.’

‘Dear Book Lovers. This is book is written by one of the most amazing individuals I have ever known. It is without doubt truly from the heart and has been a labour of love for many years. I know you will enjoy and relish the pure honest writing that is good for the soul’ – Amazon buyer

‘I bought this book at the book launch and read it through the first time as a travel book, with many entertaining anecdotes and travel advice. The second time I focussed on the insights of spiritual travel and dowsing and was even more inspired’ – book launch buyer

Available as a high quality, full colour publication with multiple photographs and hand-drawn maps that include energy flows dowsed at sacred locations; or in eBook/Kindle format to download to your tablet or smartphone. E-book link 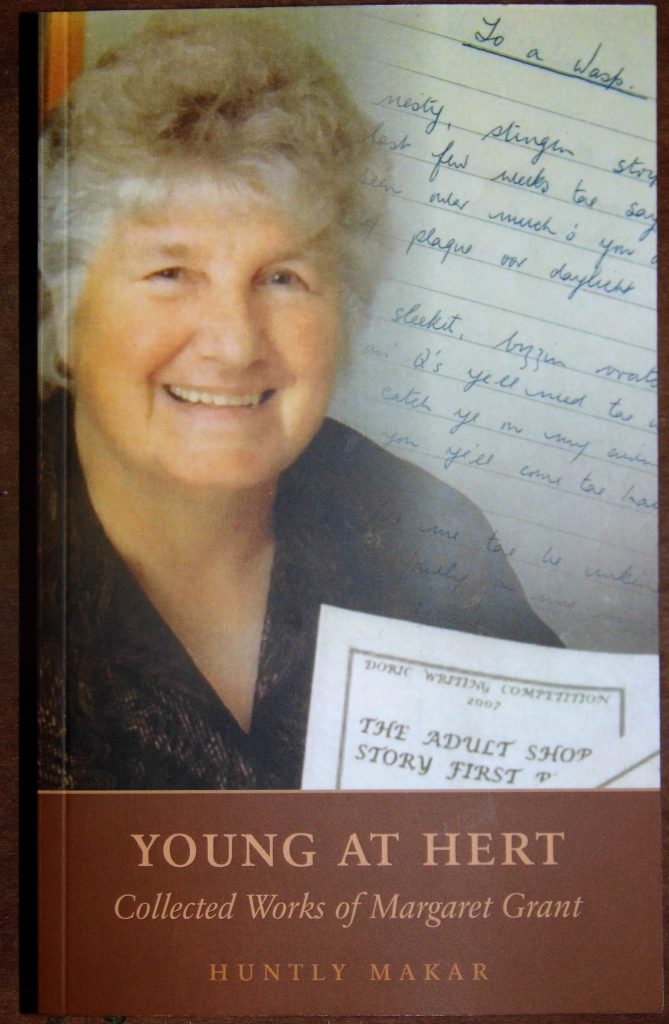 Huntly Writers are proud to have been able to publish, as a tribute to her, this collection of the Doric Poetry of Margaret Grant. Her work is renown throughout North East of Scotland and by Scots across the world. Margaret has published before but this brings together her great body of work which cannot fail to bring both laughter and tears as she explores all the emotions in her own inimitable way. It is an acknowledgement of the wit, wisdom and humanity of Margaret, one of our most revered members. 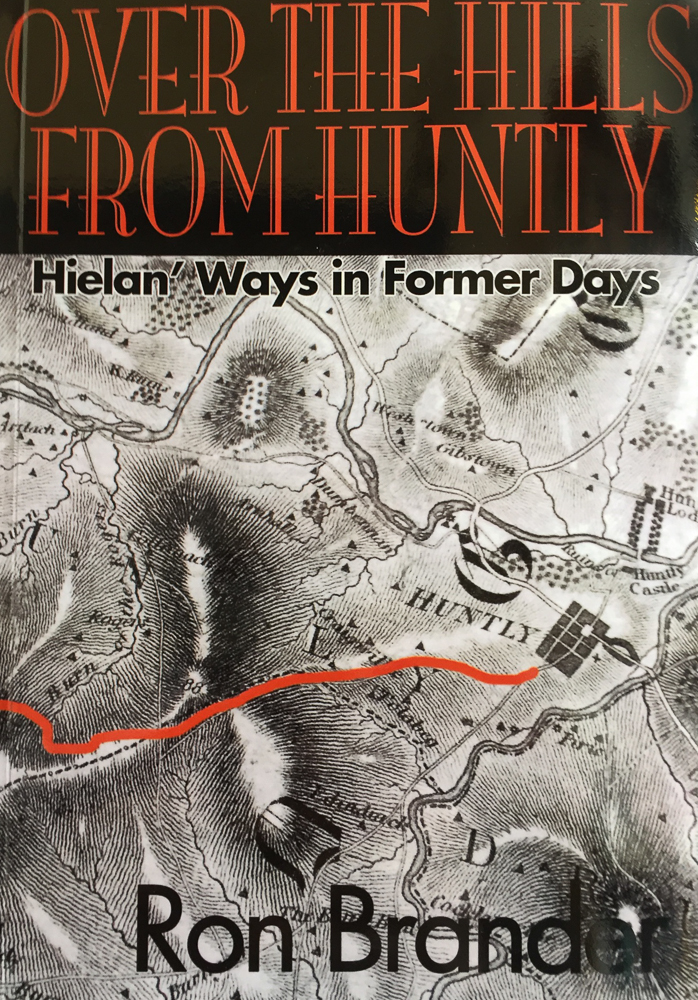 An eclectic exploration of the richly diverse human heritage of that wide landscape south and west of Huntly, Aberdeenshire, Scotland. Using much original research it will surprise, enlighten and delight the reader as he, or she, is led through a landscape of kings and foot soldiers; missionaries and bishops and kirk elders; giants, warlocks and shape-shifters; reivers, drovers and poachers; crofters and lairds; poets and musicians; Picts; Gaels; Normans….and ultimately those who still live and thrive in this hidden and magical part of Scotland.

Ron Brander studied at university in Aberdeen, Hamburg and Edinburgh. After spending many years in the oil industry he now indulges his life time researching and exploring the landscape of his ancestors.

The book is illustrated throughout with colour photographs and excerpts from old newspapers and documents. Soft Cover with in-folds. 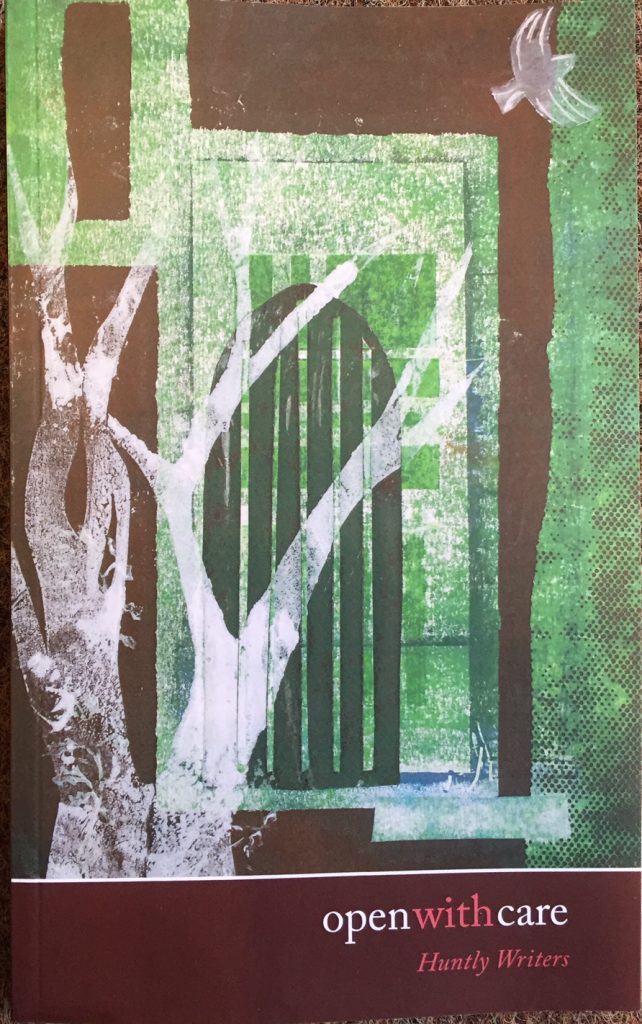 An entertaining anthology of paranormal short stories from Huntly Writers with spine tingling tales of technocrats who build the perfect lover; a shape changing woman who’s alter ego is a big cat; very scary scarecrows that turn ugly; sea shells and gastropods with disgusting habits; and many, many more tales, both paranormal and supernatural, that promise to keep readers on the edge of their seats.

This third anthology by Huntly Writers was published in 2016 in conjunction with Lumphanan Press. 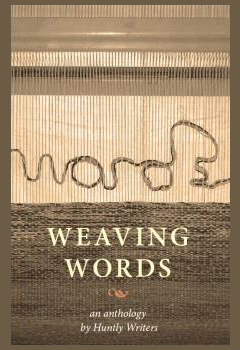 The Huntly Writers anthology Weaving Words was one of three runners-up for the 2014 Writers’ Circle Anthology Award run by Writing Magazine.

Weaving Words showcases poetry and prose from one of the largest writing groups in North-East Scotland. The collection contains pieces from both well-established and emerging local writers, including many who have had work appear in literary magazines or released their own publications.

At times moving, funny and surreal, Weaving Words features a range of voices travelling through many different forms and experiences, while remaining rooted in the languages and communities of Huntly and the North-East of Scotland.

Weaving Words is Huntly Writers’ second anthology, following on from Spirit of the Deveron, first released in 2008. 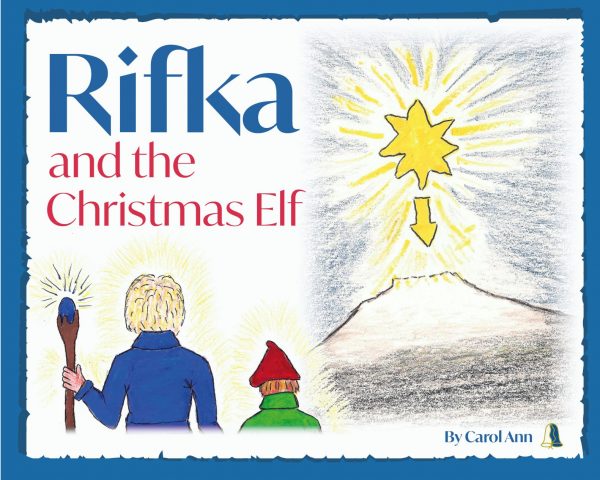 The story of a young Elf who makes a mistake that leaves presents for the children of NE Scotland behind at the North Pole. Rifka the Gnome comes to the rescue and Santa lands his sleigh inside the hillfort on Tap o’Noth to pick up the missing sack.

Written for 5-8 year old children and illustrated with paintings by primary school children living in West Aberdeenshire; this is the 2nd in the series of Rifka books and all profits go to Charlie House, a children’s charity in NE Scotland. 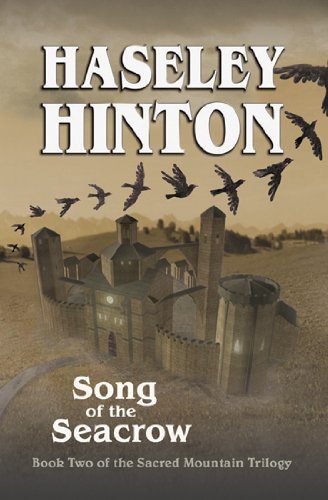 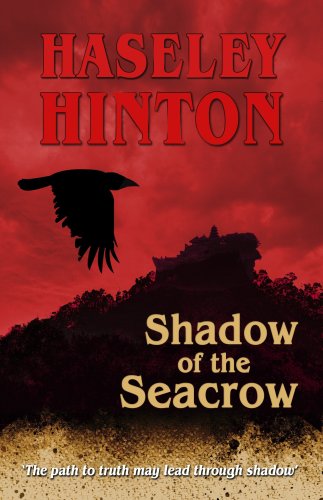