I see your craftsmanship inside the glass.

Each stroke the blade made you chose with care.

I see you chose a general shape of square

but curved the chests of knights and noble heads.

The Queen is topped with such a perfect sphere!

To form that curve with just an eating knife

whilst holding on to the desperate thread of life

in here, where men wanted death and filth and fear

for you. I can see the focus of your gaze,

your hands, turning each one, to match the size.

There is nothing of the things they made

you do, in this glass case –  exquisitely displayed.

Just you, unnamed unknown prisoner, who

I take home. Artist, I see you.

Where are you going?

He lifted his head at her movement from the sofa.
‘Cup of tea’

He was watching her as she carried on moving.  She didn’t turn, but aimed herself at the kitchen door. Her skirt whispered to her as she moved. Bias cut, with a pattern of stylized fern. ‘An African print, called Aya,’ the sales assistant had said, and she had put her hand to her heart. It was so long since she had looked someone— a stranger— in the eye.  He wouldn’t know she had smiled and had looked at the woman. But he knew she had bought a skirt unsupervised.
‘Would you like one too?’ Bright voice.
The telly flickered on mute, a rare falcon watching from across the Five Great Mountains. She went to the kitchen. His silence followed her. The butter knife was lying on its side. She could imagine it in her hand, the gentle slope of its bone handle.

Teas: Yarrow, Sage, Zinnia, Thyme and Chamomile.
You really need to get help he had said yesterday. Her hair was coming out in clumps on the pillow. Psychiatrist or something.

Her skirt was an embrace around her. Perhaps the women who had made it had pressed their hands to it. Had held it to their faces in blessing before sending it to be cut into a shape to cover a woman just like her.
‘You made me jump!’
He was right there in the doorway.
Now her fingers went to the fresh thyme, pressed, and there was that fine-edged scent coming up to meet her.

‘Aya’
she murmured to herself.
‘It means defiance in my culture,’ the sales clerk had said handing the shopping bag over.
His shimmering anger was like sound waves, blasting through all air till it hit her. His jaw pulled the drawstring knotted in her stomach — If she backed away it would get tighter, so she stepped forward an inch.
‘Builders’ tea?’

On the screen through the doorway the falcon took flight. 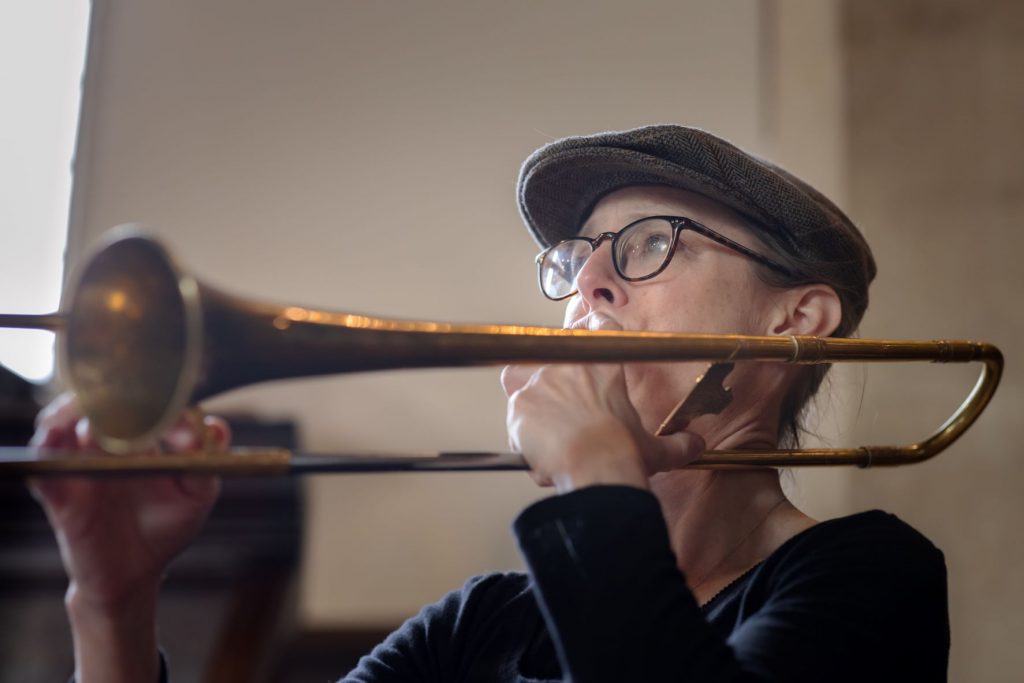 Emily was a groupie fan of Huntly Writers for the years her husband Brian Nisbet was a member. She started writing poetry to contribute to the Poetry Prize launched in his name following his death, and was delighted to be invited to join this year. She is currently studying creative writing at Oxford University Centre for Continued Learning. She has had short stories published by Claret Press in an anthology Insights, Parracombe Prize in 2020 Anthology and was shortlisted for the Wells Literary Festival Short Story Competition.